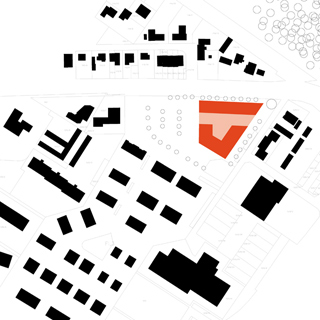 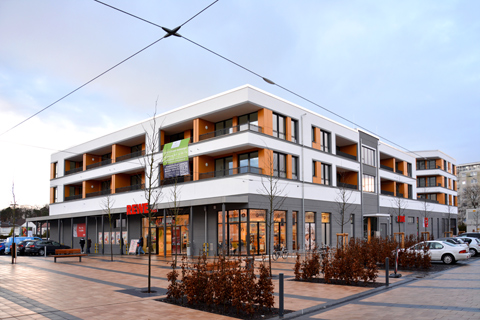 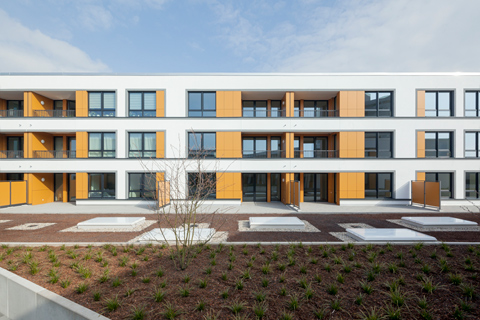 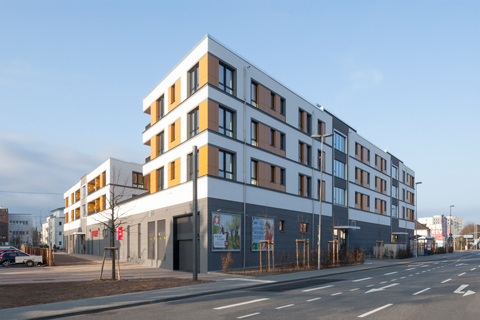 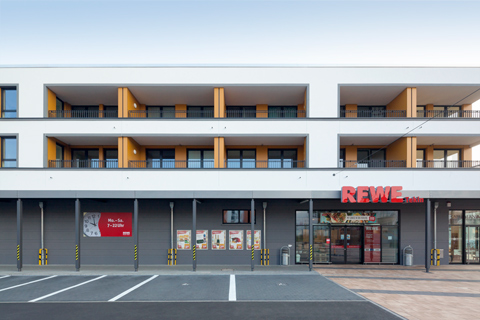 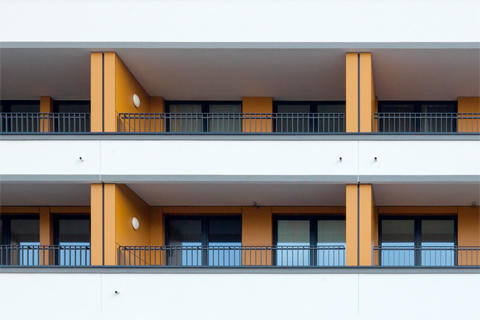 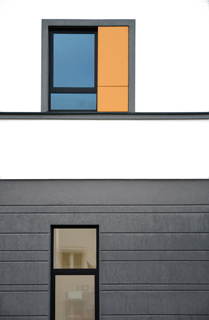 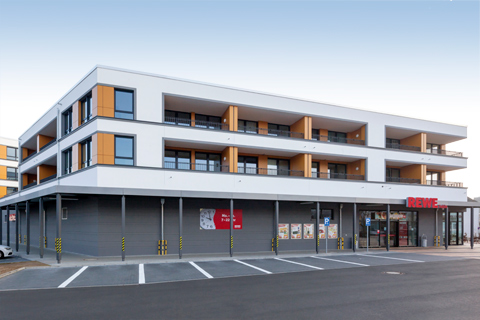 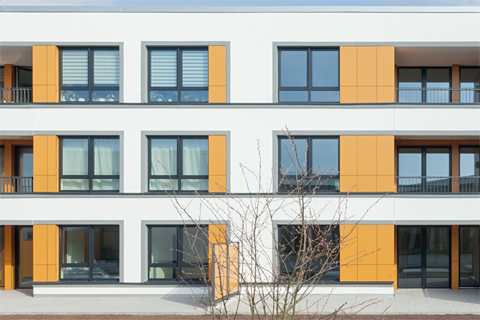 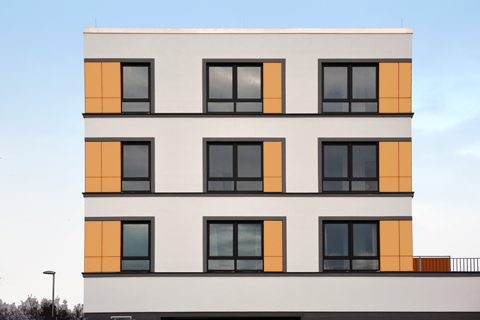 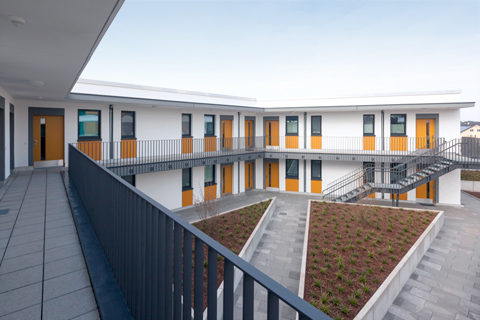 "Synergies with retail trade and living"
Isenburger Strasse is part of the central East-West axis in Heusenstamm. The road crossing Isenburger Strasse, Frankfurter Strasse, Friedrich-Baur-Strasse (Ringstrasse) is the end of the axis which – from the Heusenstamm Castle - partly passes a piece of woodlands. The road Am Lindenbaum shall be strengthened as green landscaping. The corner situation between the road Am Lindenbaum and Isenburger Strasse will be occupied by the buildings. The single-storey base used by the food product market will be increased along Isenburger Strasse by a three-storey building used for residential purposes. A two-storey residential building is planned for the car park system and the new square. The buildings with their flat roofs adapt to the surrounding structures. The food product market is situated at the ground floor of the building and is accessed via the corner situation formed towards Planstrasse/Am Lindenbaum. The situation mediates between the needs of the users which require short ways to the parking lots and the desired synergy effects to the existing Alte Linde supermarket. A short way to the newly developed central square provides new visual contacts and formulates a new center between Old and New. The flats and apartments will be provided in the top storeys of the building which are placed at a single-storey base. Each of these buildings will be developed separately in vertical direction.