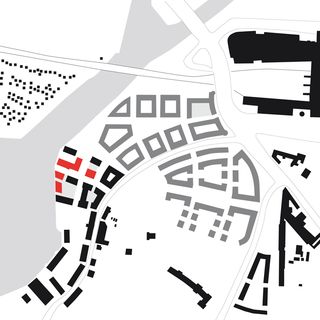 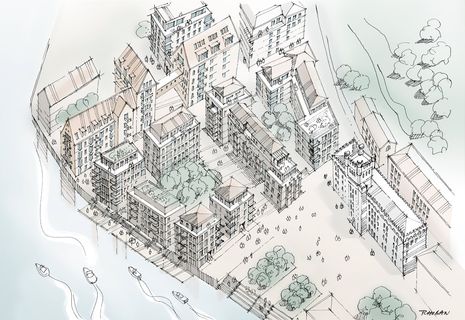 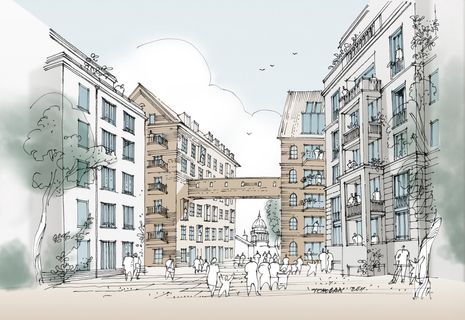 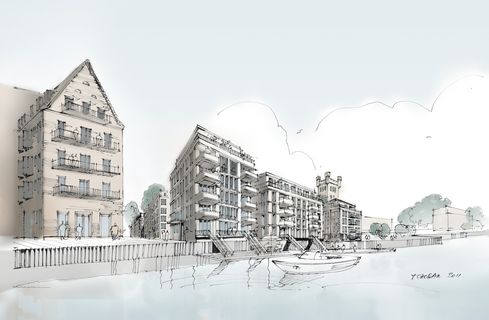 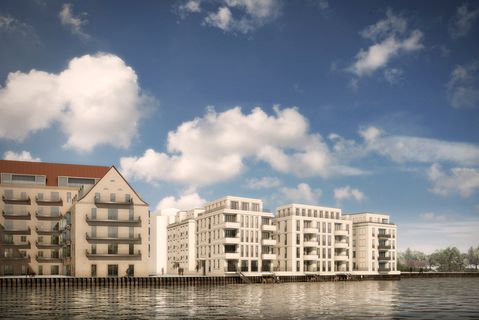 The former warehouse district on the banks of the river Havel across from the historic centre of Potsdam it used to be an industrial and commercial district back in 1683, at times one of the largest in Europe. Notable architects including Ludwig Persius and Karl Friedrich Schinkel built grain silos and other commercial buildings there in a historic style.
Now is creating a living area with about 250 high-quality apartments, scientific institutes and businesses in a symbiosis of old and new. The southern historic warehouse buildings and five new waterfront five-storey townhouses will create an environment for gracious living and relaxed walks. Beyond that the two four-to-five-storey blocks at Leipziger Straße will provide commercial space and additional parking facilities.
Keeping in touch with Potsdam's history, the façdes will largely be stucco with natural stone features such as in the bases of the buildings and the window casings. The converted storage and mill buildings will keep their brick façdes and will be complemented with new structures using the same material.