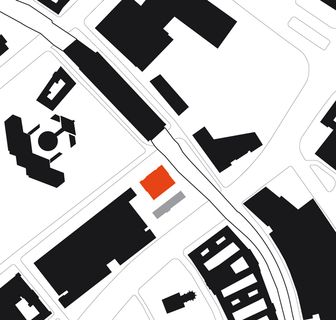 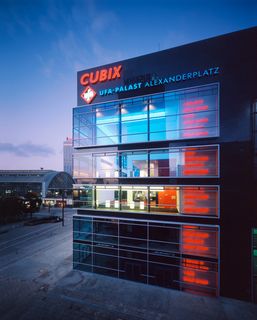 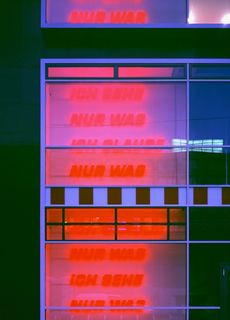 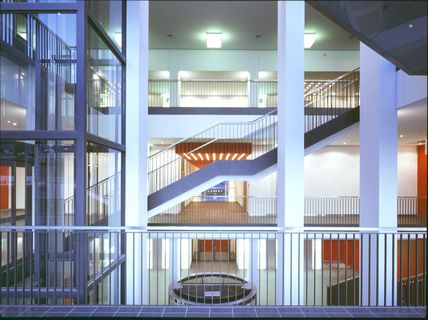 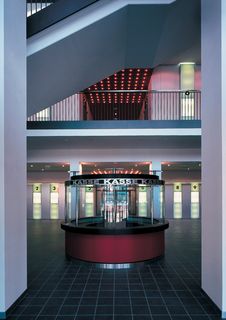 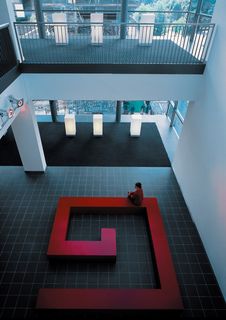 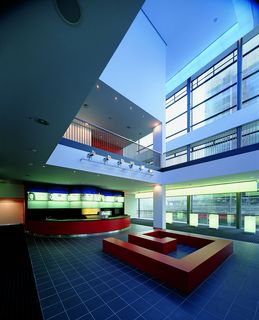 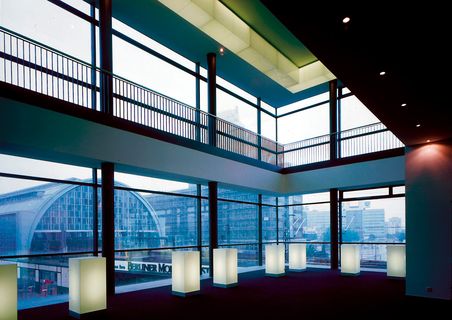 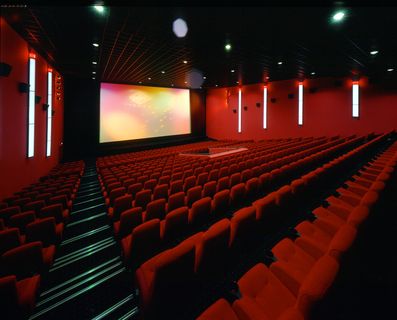 The commission for this cinema centre resulting from a study for a multiplex cinema with 2.600 seats challenged a new interpretation of an inner city movie theatre. The spatial concentration was absolutely exceptional: on a single floor area of 37 by 46 meters movies are staged on four stacked floors. The strict and compact arrangement of all nine auditoria on four levels is due to the tight outer boundaries of the lot and creates concise and very urban foyer areas, from which the surroundings of Alexanderplatz can be observed conveniently. The arrangement of the auditoria is gradually rotational from ground to top floor. In association to several contextual urban references like the neighbouring train station, the TV tower or the belfry of the nearby city hall, the façade suggests subtly the impression of a proper stack of cases: Large size glass panels encroach the corners and enhance the diagonal references between in and outside, whereas the bay windows of the foyer deliberately stand out. The large slabs of the granite cladding enhance the solitary, scale shifting impression of this cubic building. The award-winning interior concept integrates modern demands with cubist reminiscences of the legendary 1920's movie ages and emphasis on the colour red.