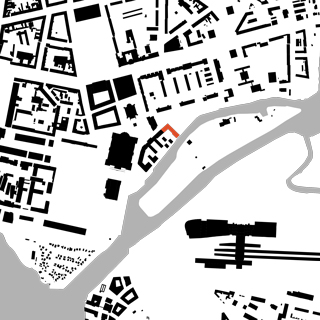 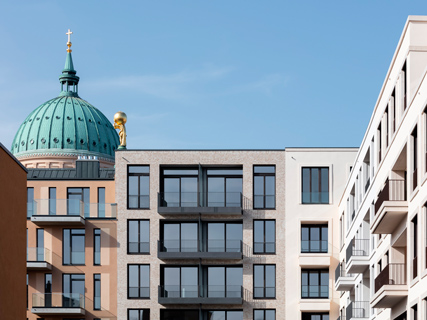 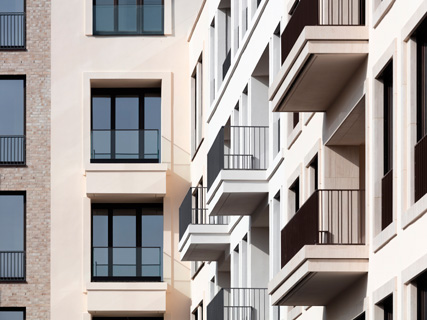 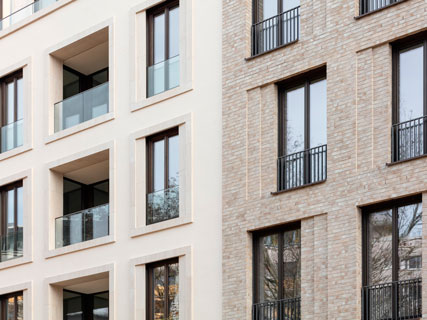 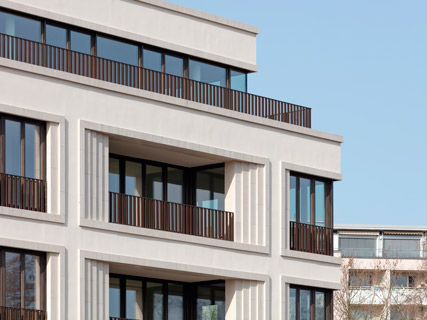 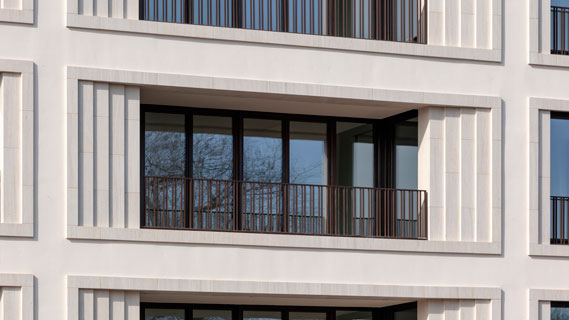 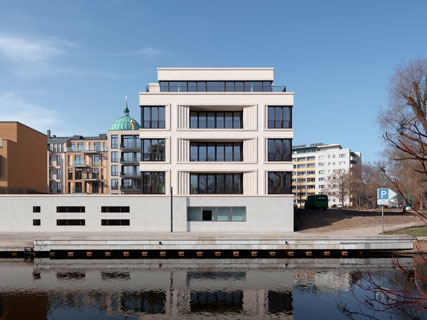 Built on a 2032-sqm site in an L-shaped configuration, these townhouses on Brauerstrasse in Potsdam have been inserted into an important urban context: their immediate surroundings are defined by the war-damaged and reconstructed buildings of the City Palace and St Nicholas' Church, as well as the nearby Museum Barberini.

The new building looks to its surroundings for its cubature and proportions. The setting back of the upper floors facing the water and Brauerstrasse is a striking gesture in this public space. Small-scale granulation and heterogeneity of appearance allow this group of houses to pick up the character of the development to the east of the museum. The course of Brauerstrasse has been extended and led towards the water. The result is a public area that connects with both the existing park and the Alte Fahrt.

Architectural details give the ensemble a lively character. The façades vary in design and choice of materials. The building on Brauerstrasse has a clinker façade; the house on the square has Portuguese limestone on the ground floor and plaster on the upper floors; the corner building and the building on the waterfront are partially clad with Portuguese limestone. The railings are of glass or dark metal. The windows are of different widths and have wooden frames. The roofs likewise have variations of shape: the pitched roof of the house on Brauerstrasse is clad with dark zinc; the flat roofs are greened and partly fitted with skylights and a terrace.

The houses are surrounded by generous green spaces. There are terraces and a children's playground in the inner courtyard. The public green spaces adjoining the property to the east were also remodelled by the city during the new development.

The interiors of the townhouses have been designed to a high standard. There are 40 2-5-room apartments ranging in size from approximately 50 to 180 sqm. The basement contains a garage with 50 parking spaces, storage, and bicycle and technical rooms.

TCHOBAN VOSS Architekten won the invited competition for this project, which was organised by the subsidiary of Lelbach Immobilien GmbH and the Lelbach Foundation in 2013.