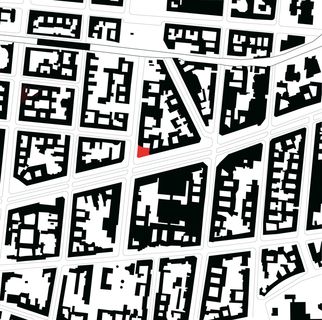 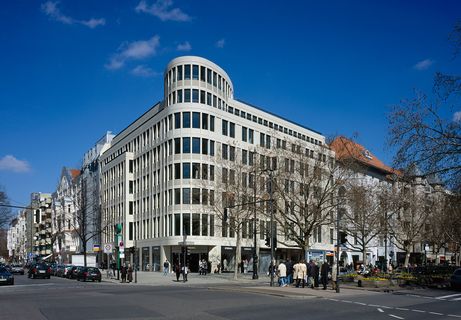 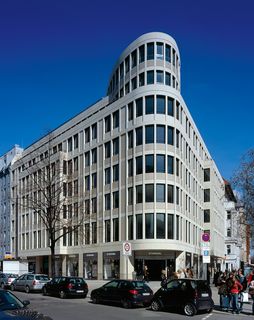 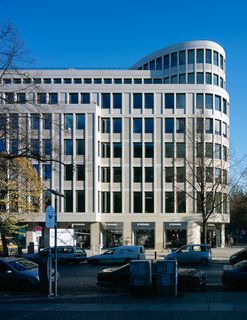 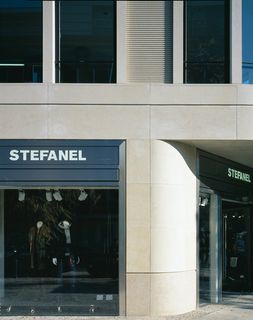 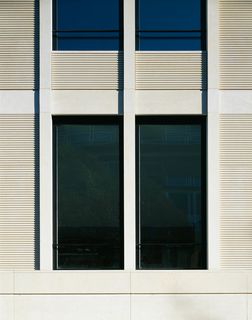 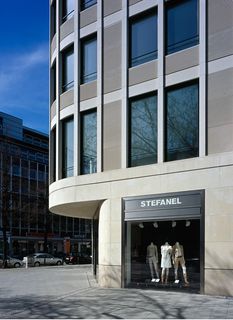 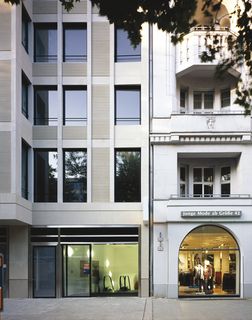 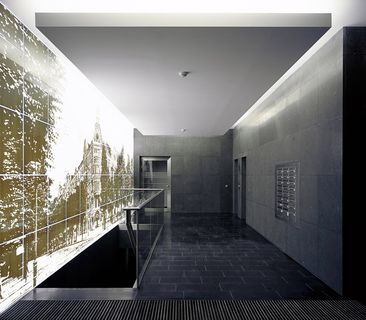 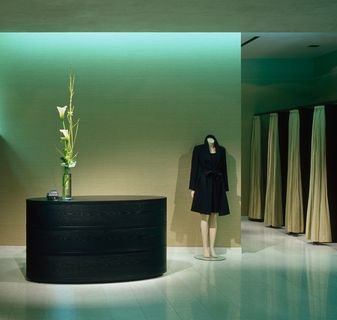 In order to preserve the original wilhelminian-style ensemble along Kurfürstendamm a designing charter is effective, prescribing detailed guidelines for the façade design of its buildings. Thus an after Second World War gazebo was demolished and the new building along the streets erected. According to the charter the classical arrangement of plinth, corpus and mezzanine correlates with use: Shops in the basement, ground floor and 1st floor, offices above up to 5th floor and topped with a set-back storeys and a ellipsoid turret on the roof with light-flooded luxury apartments. The profiling of the fine-grained, homogeneous limestone façade in horizontal band courses and vertical pilaster strips alludes to existing local examples such as those type-forming buildings of Alfred Messel. The color and surface structure of the limestone (Bateig Blanca) harmonize with the neighboring developments. In accordance with the charter, vertical window formats and a large proportion of closed façade areas were implemented. And the surface of the closed façade areas was moulded. The courtyard façade was given an even render with strips of windows. Elevator and the staircase extension were designed as independent structures with zinc metal sheet cladding. The roof areas and courtyard have been landscaped.