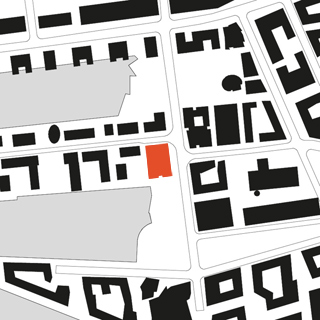 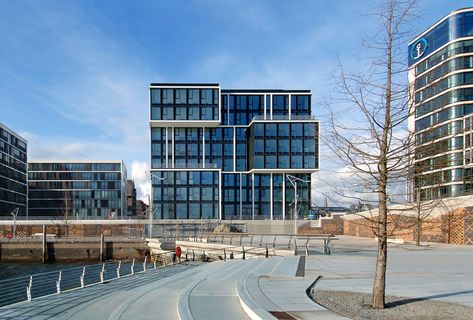 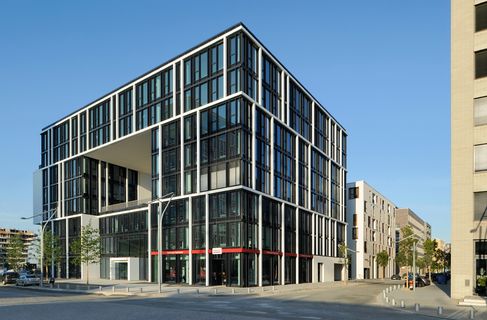 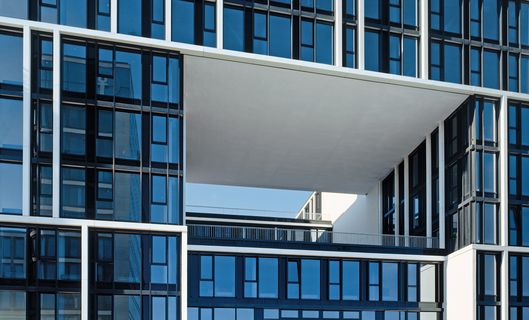 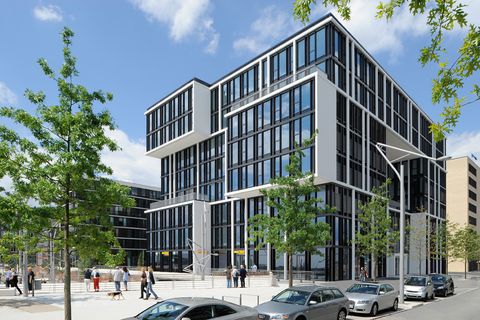 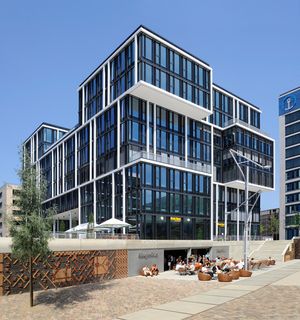 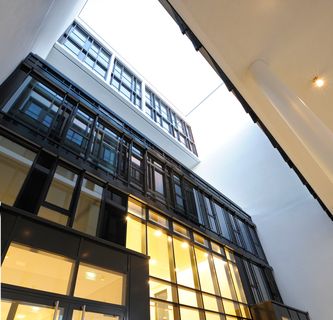 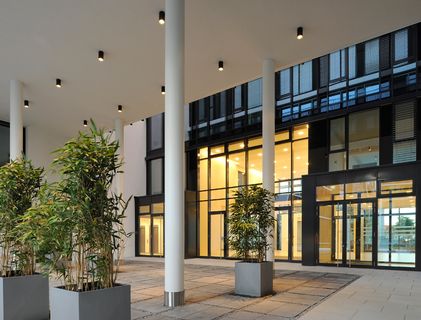 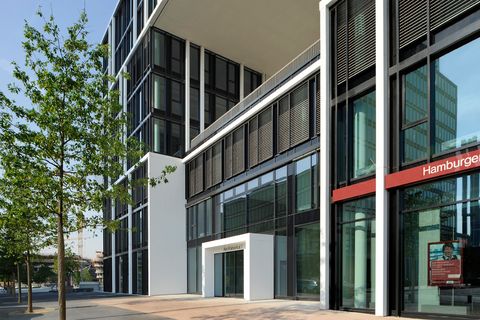 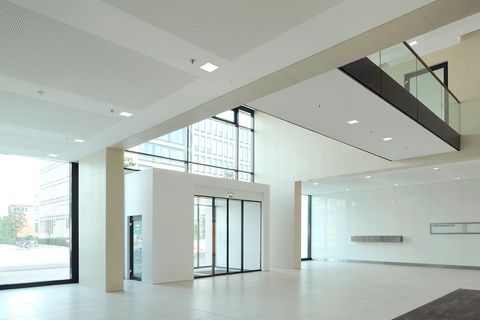 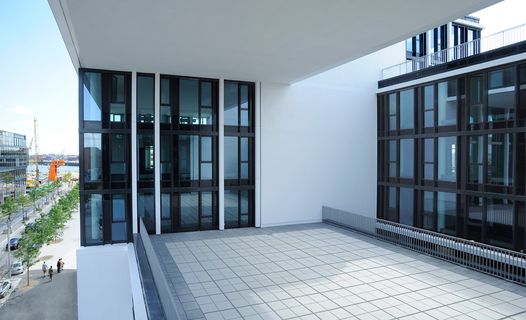 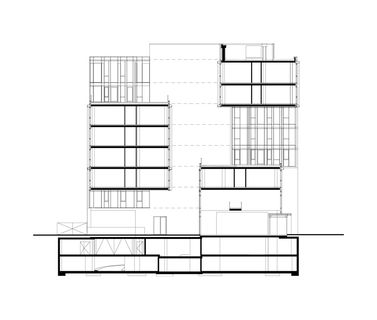 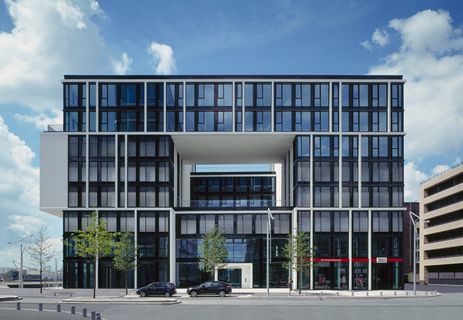 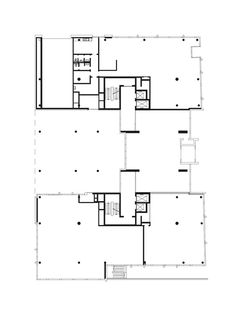 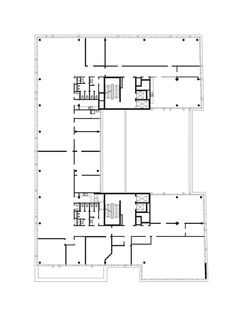 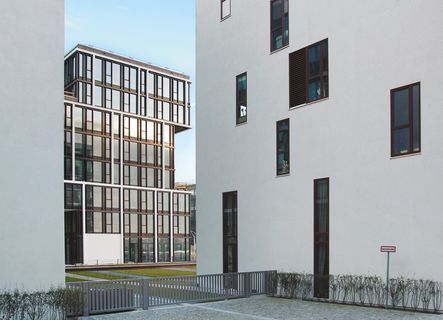 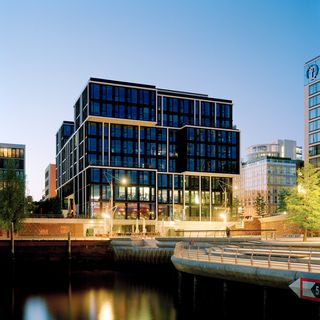 Competition April/2003, winner
"First row HafenCity" | New office building
The site of the eight-storey office building lies in a privileged location in the centre of the HafenCity between the Sandtor Harbour and the Grasbrook Harbour - reason enough to place a significant building with a distinctive form in this most prominent position. Bound by the building lines and volume constraints of the master plan, it forms the end of the southern row of buildings on the Kaiserkai and its entrance from the Große Grasbrook.
References to and from the urban surroundings were important premisses for determining the formal subdivision of the building. The building line of the street on the Dalmannkai leads directly towards the two-storey entrance hall of the building. Cantilevered projections and bays respond to sight lines and the surrounding panorama. The manifold views along the streets and across the Grasbrookhafen and beyond become a central theme of the building. Through its strongly modulated form and a hierarchical formal vocabulary with primary and secondary divisions in the façade, the large building avoids becoming overly monumental and exhibits a certain playful lightness. At the same time, through its projections and recesses, balconies, loggias and roof terraces, it provides a wealth of differentiated indoor and outdoor spaces, offering its future tenants individual and identifiable office addresses.