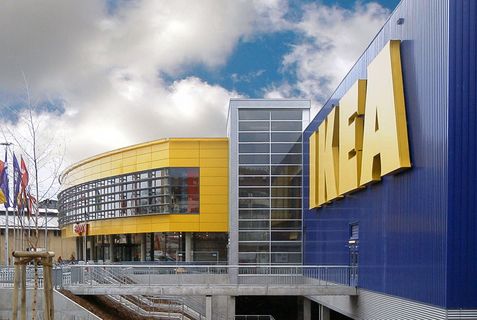 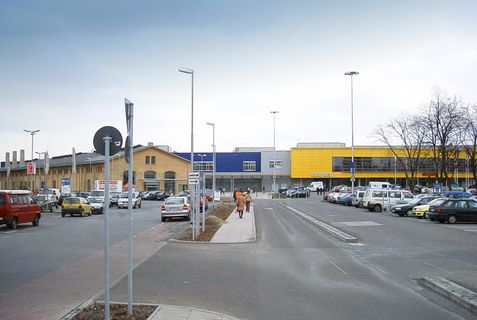 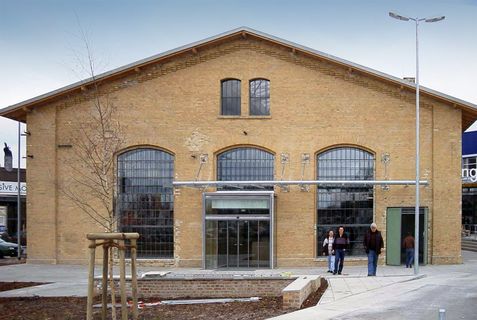 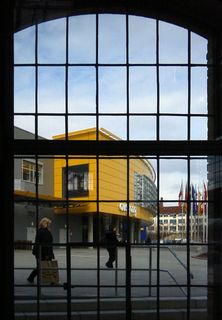 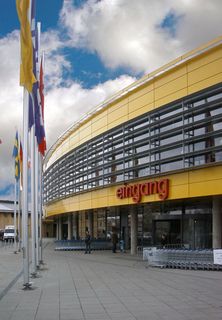 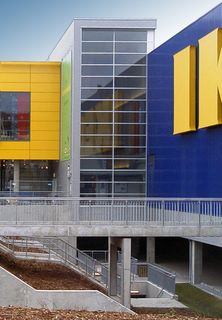 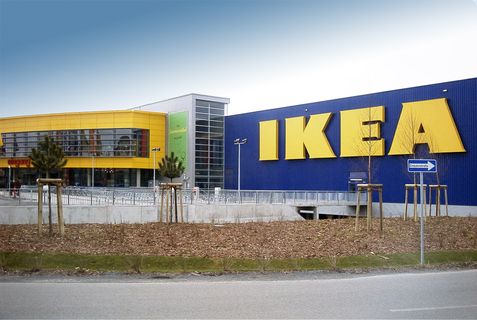 "New IKEA furniture house"
The furniture house IKEA GmbH is being constructed on the premises of the former East German State Railways Repair Shop (RAW) Berlin Tempelhof. The protected residential buildings with various residential units were a challenge for the planning of the building as well as the boiler hall of the RAW, which will be renovated and integrated into the usage of the house. The furniture house can be reached from the north via the Sachsendamm (or the BAB exit) or from the east via the adjoining Alboinstrasse. Consequently, it is located very conveniently and is connected to well-developed streets of the city and urban motorways. The entire ground level is raised up by about one metre. This makes it possible for most of the parking spaces to be built directly under the building and they are then protected from the weather. The entrance hall on the east side of the building stands out because the façade is predominantly yellow with large areas of glazing. The entrance hall is built higher than the rest of the furniture house and has got a uniquely designed façade constructed on high exposed pillars and is an eye-catcher from afar. The east façade will be mainly constructed as a significant curved entrance building with a height of about 11.60 m which points to the central entrance area on the ground floor and the customer restaurant on the first floor. The backbone of the entrance building will be an implemented building corpus of a height of about 13.75 m.
Fotos: © npstv