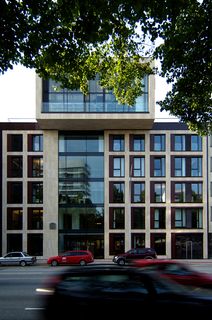 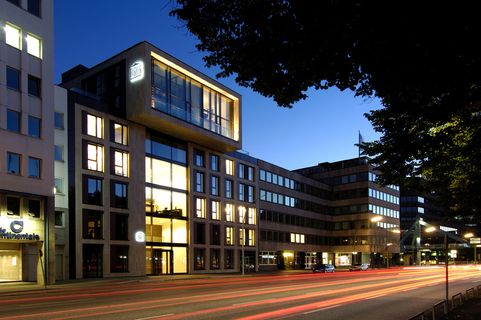 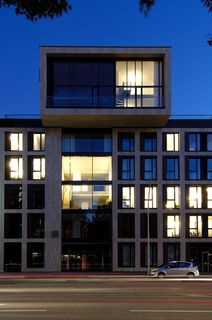 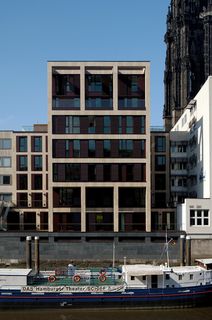 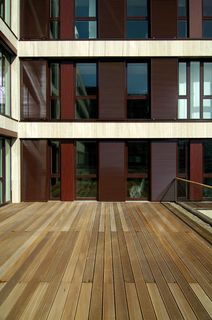 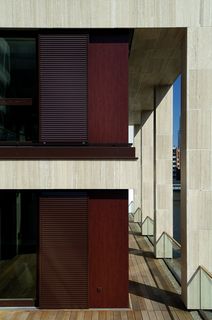 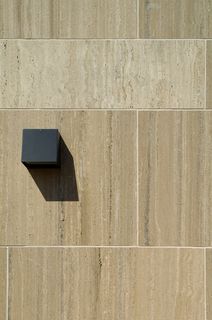 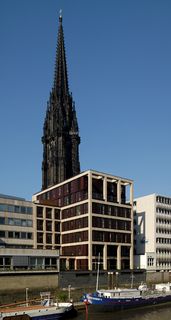 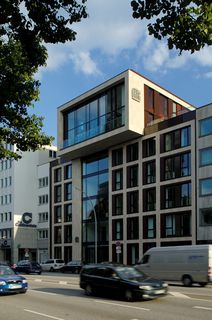 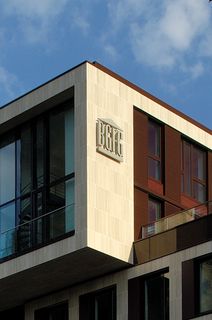 The urban ensemble on the Nikolai Canal was constructed after the war as Willy-Brandt-Strasse was extended. A row of blocks was built on the street side and mostly one-storey buildings were built on the canal side. The building style typical for the location at the canal's edge has been disappearing. This is why a building concept has been developed for all properties here in order to restore the original building style and urban quality at the canal's edge. The draft follows the urban construction principle "back to basics" in its facade construction and in the materials used. Materials like exposed concrete, wood, steel, glass and travertine are used to organize a unified building concept. The surfaces create harmony through the natural coloration of the materials used. The individual architectural elements of the facades are intentionally kept simple. A facade is created where the building and special architectural elements (e.g. entrance way and wing) stand out, but also contribute to an overall picture which is pleasing to the eye.