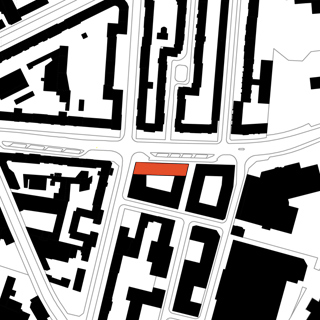 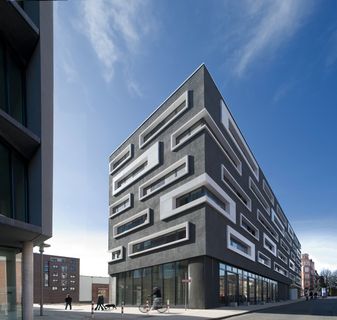 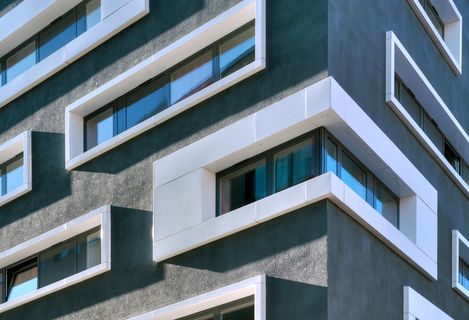 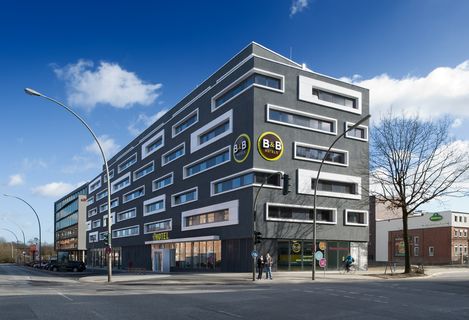 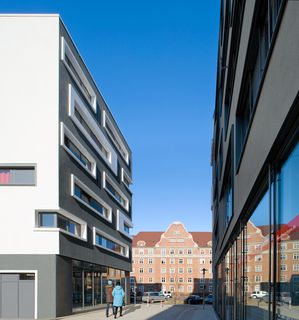 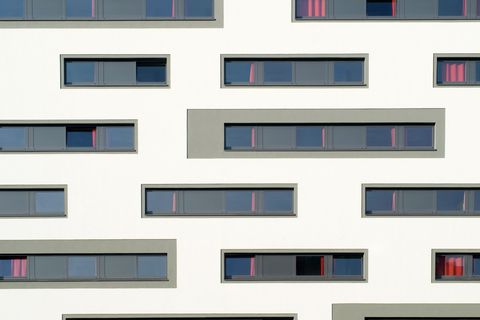 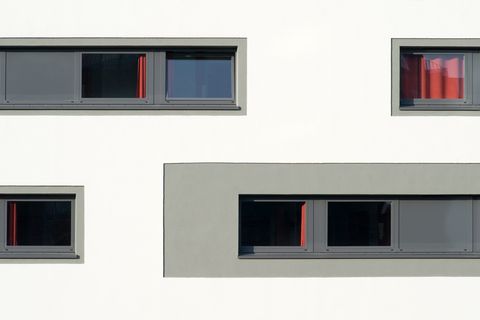 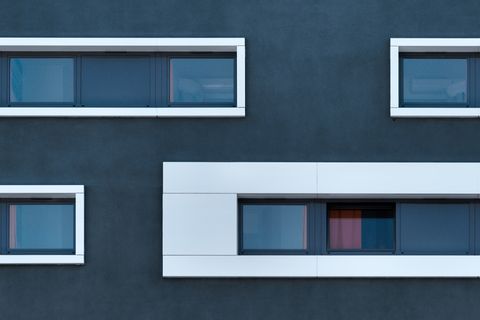 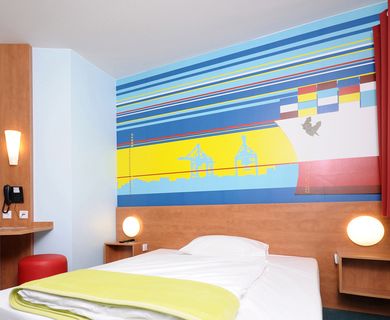 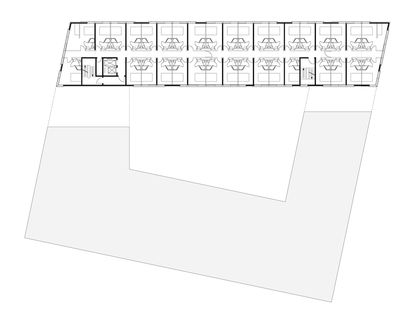 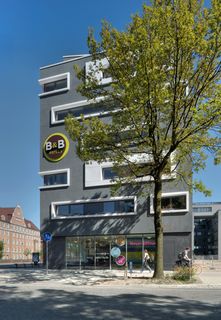 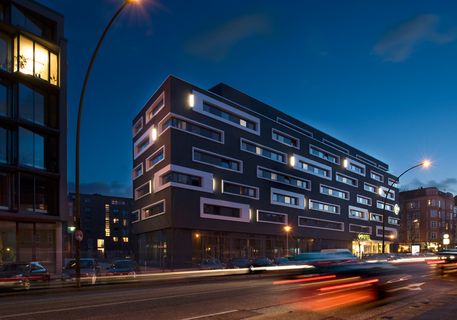 "Passepartouts" | New hotel building
A new hotel of the French hotel group B&B Hotels was built on the site of the former Carl Kühne KG production facility in Hamburg-Altona. The hotel, conceived with 182 rooms, will be in the economy class of hotels and thus aims at both business travellers and tourists. The 6-story building is a central building block of an urban planning concept creating the spatial terminus and thus the face of the Altona's Kühnehöfe quarter looking on to Stresemannstrasse. A massive stucco structure with a meandering unitized facade in dialog with the remaining building is located in the area of the hotel rooms. The glass joints planned for the plinth area is featured in the hotel entrance, lobby and other public areas as well as the different retail stores. The building is conceived as an STB - skeletal construction with a 2-story underground parking garage. The ribbon glazing is made with frame-like passepartouts made from aluminum and gives the building its own unique look. Shimmering granulate is strewn on the dark gray plaster, recalling the former industrial use of the site. When passing by the building, people will observe and reflect upon it again and again.